H.E. Chea Chanto was appointed as the Governor of the National Bank of Cambodia in 1998, the year in which Cambodia faced the Asian financial crisis. He has introduced numerous banking reforms and strengthened Cambodia’s banking system. He implemented a selective monetary policy in line with the development strategy of the government in order to rescue the economy from the crisis and contribute dynamically to promoting economic growth. Under his leadership, Cambodia’s banking system has now been modernized and integrated in the regional and international financial system.

By recognizing his achievements to date, H.E. Chea Chanto was re-appointed by His Majesty the King as the Governor in equivalent rank of Senior Minister for another term to the National Bank of Cambodia on 21 May 2019. Prior to assuming his current position, he was the Minister of the Ministry of Planning from 1986 to 1998. During his tenure, he introduced socio-economic plans aiming at contributing to poverty reduction and promoting investment in Cambodia. He also served as a Member of Parliament from 1993 to 1998. In 1986 he served as First Vice Minister at the Ministry of Planning.

H.E. Chea Chanto was awarded a Ph.D. in Business Administration Honoris Causa from the University of Southern California, USA, in 1995. He also received a Ph.D. in Economics, Hanoi University, Vietnam in 1990. In 2018, he received the Honorary Fellowship of the Institute in recognition and appreciation of outstanding contribution to the Banking and Financial Services from the Asian Institute of Chartered Bankers. In 2021, he received the Central Banker of the Year 2021 award from the Banker in Asia Pacific among 5 governors across the globe who has best managed to stimulate growth and stabilize the economy during the Covid-19 pandemic.

H.E. Chea Chanto is the author of various books and research papers related to economics, the banking system, and human resource development. 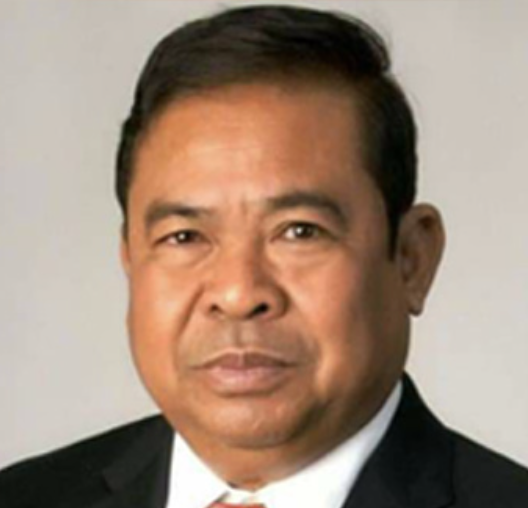