Bettina Prato has been leading the Smallholder and Agri-SME Finance and Investment Network (SAFIN) – a global alliance of around 50 institutions working in agri-SME finance, headquartered at IFAD, Rome – for the past four years. Prior to that, she was team leader for the global policy engagement team at IFAD, covering high-profile international forums including the G20, G7, the Financing for Development Forum under ECOSOC, the High-Level Political Forum on the 2030 Agenda, and the Committee on World Food Security. Her professional experience includes academia, the United Nations system, NGOs, and a think tank. She has written and spoken publicly in many international forums on issues related to gender equality and women’s empowerment, trauma and political identity, food security and nutrition, and blended finance and agriculture, among others. An Italian national, she holds a Ph.D in Political Science from the University of California at Berkeley and degrees in International Affairs and in Oriental Languages from the George Washington University and from the University of Venice, respectively. She has recently been closely involved in the UN Food Systems Summit process as Vice-Chair for Gender and Women of the Food Systems Champions’ Network. 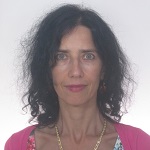