Elina Kamenitzer started her banking career in the Nordea Group in international banking. She joined the European Bank for Reconstruction and Development (EBRD) in London in 2001 and built a track record in business origination, structuring and deal execution in various countries of EBRD’s operation. Elina moved to Luxembourg and the European Investment Bank (EIB) in 2006 and has since held several positions in EIB. Before taking up her role as Head of the Climate Office in the Bank’s operations directorate at the start of 2020, she lead EIB’s corporate lending team covering eleven markets in central and northern Europe. During her career, Elina has contributed to a number of green financing initiatives involving both public and private sector promoters and including financing of green innovation. 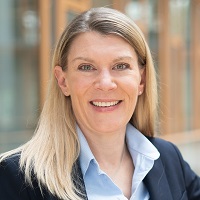