Wiebke Schloemer is the Director for Europe and Central Asia at IFC, a member of the World Bank Group. In this role, she leads IFC’s operations in
24 countries in the region, with a specific focus on improving infrastructure, increasing effectiveness of agribusiness, supporting climate-friendly
innovations in manufacturing, and strengthening local capital markets.Ms Schloemer has over 20 years’ experience with both equity and debt  investments in emerging markets, supporting companies to grow and maintain sustainable value, in line with the highest environmental, social and governance standards. In addition, she has been supporting governments in strengthening approaches for private sector growth in their countries and worked extensively with Public-Private-Partnerships (PPPs) and companies in the telecoms, technology, power, transportation and utilities industries. As a global emerging market investor, she has wide experience with asset and portfolio management as well as comprehensive risk assessment
and mitigation. Ms Schloemer has held several leadership positions within IFC. She joined the organization in 2004 as an Investment Officer in the telecoms, media and technology (TMT) group in Washington, DC, and moved to IFC’s Istanbul office in 2009 to lead IFC's TMT business in Eastern Europe and the Middle East and North Africa (MENA). In 2011, she relocated to Hong Kong to manage IFC’s infrastructure and energy business in East Asia and the Pacific. Ms Schloemer returned to Istanbul in 2014 to head the infrastructure and energy business in Eastern Europe and MENA, and assumed her current role in Vienna in 2018. Before joining IFC, she worked with the European Investment Bank in Luxembourg and the German
Development Bank DEG/KfW Banking Group in Cologne, Germany. Ms Schloemer has a Master degree in Economics and Finance from the University of Göttingen in Germany and holds a Postgraduate degree in Development Policy from the German Development Institute. 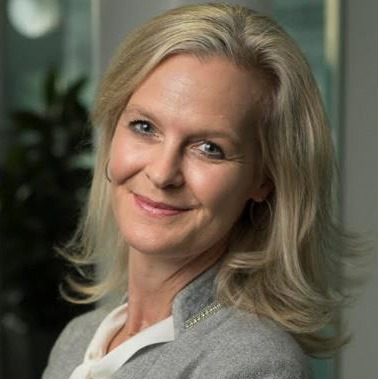