Syed Abdul Momen is the Deputy Managing Director & Head of SME of BRAC Bank Limited. Previously, he tookover the Head of SME Banking on July 13, 2017. Syed Abdul Momen joined BRAC Bank in August 2005. He has 13 years of multifaceted experience in the Banking Sector primarily concentrating in Technology, Operations and Business Functions. During the first 2 years in BRAC Bank, he restructured technology infrastructure and played a crucial role in the Core Banking Platform migration. In August 2007, Momen was posted in BRAC Afghanistan Bank as Chief Operating Officer (COO) on a 2 year secondment. During his tenure in Afghanistan, he looked after the bank's SME Business & expanded bank's network in three provinces. He has also contributed in the development of SME Banking Policies & Guidelines of Central Bank of Afghanistan. After his return from Afghanistan in 2009, he joined BRAC Bank’s SME Division and ran a special collection project, which was portfolio’s prime concern. After successfully driving the countrywide collection initiative, he was appointed as the Head of Small Business in July 2010 and since then he is leading the industry’s largest small business portfolio. His team was awarded Chairman's Excellence Award in 2012 for extraordinary business achievement. Mr. Momen started his career in ANZ Grindlays Bank in 1999 where he played an instrumental role in the migration of Core Banking Platform in Middle East & South Asia region including Bangladesh, Jordan, Oman, Qatar, UAE, Bahrain, Nepal, Sri Lanka after the acquisition of Grindlays Bank’s operation by Standard Chartered Bank. He was also instrumental in Standard Chartered Bank’s IT service delivery & business process centralization Project. Mr. Momen is a Computer Communications Graduate from Middlesex University, UK with distinction. During his 13 years of banking career, he attended numerous seminars, trainings and workshops in and out of country. 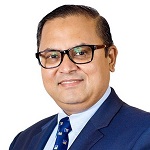