Dr. Mohammed Sulaiman Al-Jasser has been appointed as the new head of the Islamic Development Bank for the next five years.
He has been an adviser at the General Secretariat of the Saudi Council of Ministers and the chairman of the General Authority for Competition since 2016. Al-Jasser received his Ph.D. in economics from the University of California in 1986. He obtained his master’s degree in economics from the same university in 1981, and a bachelor’s degree in economics from San Diego State University in 1979. He served as the Kingdom’s economy and planning minister from 2011 to 2015, and as governor of the Saudi Central Bank (SAMA) between 2009 and 2011. He was also the vice governor and vice chairman of the SAMA’s board from November 1995 to February 2009. He has participated in major international events, including G20 meetings at the deputy, ministerial, governor and full summit levels. Al-Jasser also participated in regular meetings of the Bank for International Settlements from 1997 to 2011, and took part in local and international symposia, while also giving frequent lectures on economic and monetary policies.
His previous memberships of ministerial committees, boards and councils include the Council for Economic Affairs and Development, the Supreme Council for Civil Defense, and the Ministerial Committee for Mining Affairs among others. Al-Jasser has received many awards such as the King Abdul Aziz Medal of the First Order in 2001, the Euromoney (Emerging Markets) Award for Central Bank Governor, MENA Region for the Year in 2009, the Arab Bankers Association of North America Achievement Award in 2010, and “The Banker” Award and “Central Bank Governor of the Year for the Middle East” in 2011. 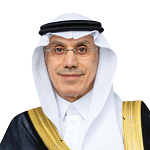