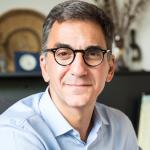 Michael Schlein brings nearly 30 years of extensive international banking, management and public service experience to his role as President and CEO of Accion. He is responsible for creating and implementing Accion’s strategy, managing its global team, and building a high-performing organization. Michael builds partnerships with the public and private sector, encouraging more energy, investments, and action directed at creating a financially inclusive world. Michael joined Accion in 2007 as a member of its Board of Directors and in 2009, became Accion’s President and CEO. Prior to his employment at Accion, Michael served as President of Citigroup’s International Franchise Management, where he managed the bank’s network of 100 Chief Country Officers. Before that, he ran communications, philanthropy, government relations, branding, and human resources for Citigroup. He served as Chief of Staff at the U.S. Securities and Exchange Commission in the Clinton Administration and in New York’s City Hall in the Dinkins and Koch Administrations. He began his career in investment banking. In 2014, New York City Mayor Bill de Blasio appointed Michael to serve as the Chairman of the NYC Economic Development Corporation, which encourages economic growth throughout New York City’s five boroughs and facilitates investments that build capacity, generate prosperity, and catalyze the economic vibrancy of city life as a whole. Michael has graduate and undergraduate degrees from the Massachusetts Institute of Technology where he graduated Phi Beta Kappa.