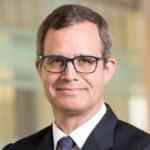 Hans Peter Lankes is IFC’s Vice President of Economics and Private Sector Development, having joined IFC in 2017. In this capacity, Mr. Lankes is responsible for ensuring that IFC’s strategies and projects have a consistent focus on development results. He also provides independent economic analysis and oversight to all IFC’s operations, is responsible for IFC’s blended finance, climate and gender teams, and ensures coordination with the World Bank and other international financial institutions on private sector development issues. A German national, Mr. Lankes previously served in a number of roles at the European Bank for Reconstruction and Development (EBRD), including leading EBRD’s expansion into the Southern and Eastern Mediterranean region. Prior to joining the EBRD in 2007, Hans Peter worked at the International Monetary Fund in Washington, D.C. His earlier career includes positions at the Central American Business School, the Nicaraguan Ministry of Economy, and the German-Thai Chamber of Commerce. Mr. Lankes holds a Ph.D. in Public Policy and a Master of Public Administration from Harvard University, as well as economics degrees from Albert Ludwigs Universität Freiburg and Université de Grenoble.