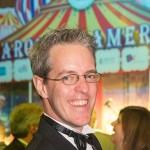 Andrew Work has been providing insight, excitement and entertainment as an MC and business event facilitator in Hong Kong, Canada and across Asia for over a decade. Mr. Work had his start in public speaking as a campaigning politician in his native Canada, speaking in front of audiences of up to 800 people, microphone free. In Hong Kong, he has led business organisations that required him to speak to media and business gatherings many times a week.  He has hosted The Canadian Chamber Annual Ball as MC on more than 4 occasions in the past 10 years and been the auctioneer for the past three years, raising millions of dollars

Mr Work has worked with The Economist, Penton Media and was the Executive Director (now titled President) of The Canadian Chamber of Commerce in Hong Kong. He founded Hong Kong's first and only independent economic think tank, The Lion Rock Institute and is now the CEO of New Work Media, the publisher of Harbour Times, a publication for people working full time in policy, government and diplomacy.

In addition, Mr. Work has MC'ed literally hundreds of small and large business events including The Lion Rock Institute Gala Dinner with Nobel Prize Winner Vernon Smith and (former) Hong Kong Chief Executive Donald Tsang. (MC and one-to-one discussion moderator with Dr. Smith). He has MC’ed events introducing the Prime Minister of Canada, other national Cabinet Ministers and Mayors from across the country. He has MCed and guided in-depth on stage discussions with professionals from fields ranging from finance and fintech to self-storage, digital marketing and SME management. He holds a Bachelor of Science from McGill University and an MBA from the University of Victoria.